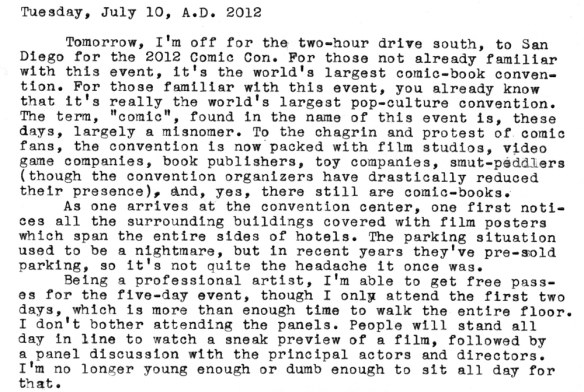 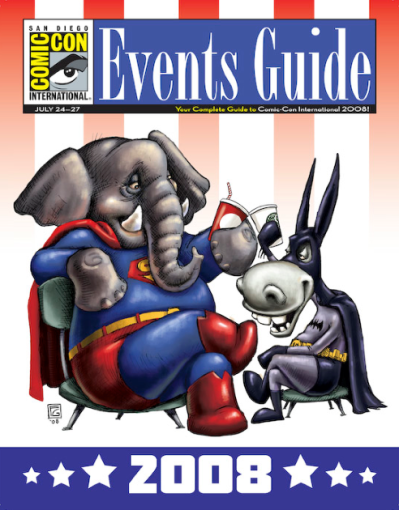 The convention’s Events Guide used to be an all black and white publication. In 2008, the Con directors decided it was time to go to color, and they commissioned me to create an illustration for the cover which reflected a few of that year’s themes, which happened to be editorial cartoons, Superman, and Batman (among others). Being an election year, I threw them all into a blender and came up with this cover. (At a run of over over 125000, this will likely be the largest print run my work will ever see.) 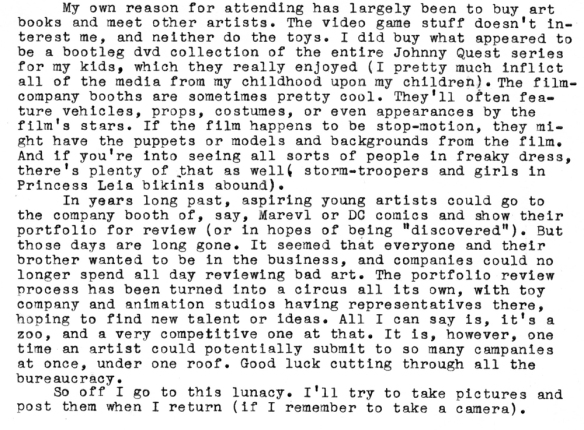 Here are some pics my friend took from the Con a coupe of years back: Pics_SDCC_2010